The sanskrit word for astrology and astronomy is “Jyotish”. “Jyoti” means “light” and “ish” means “God” or “the supreme spirit”.  This ancient Indian word gets right to the core of the matter by saying that astrology/astronomy is the study and classification of God’s Light and its influence on life.  So this is a great term, but there is already too many confusing foreign terms for the average astrological client in the west, and so the more common name of “Vedic Astrology” will suffice for now.

Vedic Astrology is the main term currently being used for the system of astrological philosophy and methodology that originated in the vedic philosophical tradition of ancient India.  It is also sometimes called Hindu Astrology or Yogic Astrology, or Siddha Astrology.  The term “vedic” seems to fit the best, in my opinion, for several reasons:

1) The word “Veda” or “Vedic” roughly means “the accurately revealed knowledge” but it also means  “that knowledge which is eternal and true”. The culture of India and the Religion of Hinduism (also called Sanatan Dharma, a more accurate term), is based on the holy teachings of the “Vedas”,  ancient scriptures which contain the eternal truth of life.  So the aim of the religious Hindu is to “know the Veda” or “know the eternal truth of life”. So essentially the word Veda means “the truth”, or “the Knowledge”.

So to call astrology “Vedic Astrology”, means that one is practicing an astrology based on revealed Truth, or “Veda”.  Truth is truth, and is not confined to one particular culture or time period…. Not even the Vedic culture!  Some may not like me saying this, but Vedic Astrology can be practiced by anyone anywhere, regardless of whether they have any knowledge of Sanatan Dharma, or Hinduism, as it is commonly called.  The knowledge is within us all and can be accessed by anyone.

2) The word “vedic” can also mean “science” as science is a way to gain accurate knowledge that can be replicated and is relatively consistent. Jyotish, or Vedic Astrology, has the potential to be a “super science”, in that it can help one gain information on any other department of life.  Eventually it will get back to that place of prominence, but at its current state, Jyotish is just beginning to re-emerge out of the dark ages, when the knowledge was almost entirely lost.  It will take time and much more research before it can rightly be considered a science, but it is scientific in its nature.  As time goes on we will not have to rely as much upon intuition, and will more and more have a methodical and scientific framework to use along with intuition. 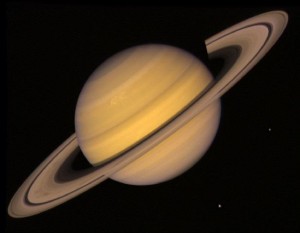