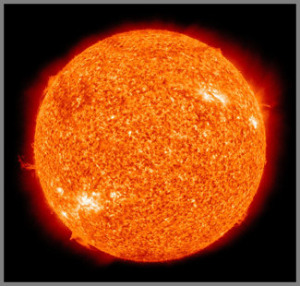 The Jaimini system is a solar, and rasi based system, emphasizing rasi aspects over planetary aspects, and rasi dasas over planetary dasas. As such it is useful for more objective data such as the career a person will have. The Parashara system works beautifully alongside it, but is for different things. It is more Lunar and Nakshatra based and is therefore more subjective. We could then see how one feels about their career and how satisfied they are from this system.

We now begin where we left off in describing the different effects of the Atmakaraka falling in each of the twelve signs of the navamsa chart.  This is called the “Swamsha” and has a large bearing on the nature and dharma of a person as described in part 1.

Libra:  With a Libra Swamsha, the native has a life marked by trade and relationships.  Libra is the sign of trade, it is symbolized as a balancing scale, which implies balancing as well as decision making and “weighing the options”.  Libras can make some of the best businessmen if that is what the rest of the chart is pointing towards.  Libra is also the sign of relationships, (which involve a lot of trading) as well as the public.  Libra has a keen understanding of society and the social side of life.  A strong and healthy Libra swamsha is able to relate to the world in such a way that it may not have much itself, but it trades what it does have so wisely and appropriately that it ends up with much more than most.  Afflicted Libra swamshas may have to work harder at this, and diplomacy in general.  They may have to work on making better decisions and seeing what others have to offer.  Prince, the musician, has Saturn as the Atmakaraka and falling in Libra in the navamsa chart, and is a great example of a strong Libra swamsha.  He ended up with a very fulfilled life.  (His chart is really strong overall though as well, to be fair, and this is not the only reason for his success.)

Scorpio:  Scorpio swamsha is a very fascinating one.  They can be very extreme individuals, with whatever they do in life.  Scorpio is a fixed rasi after all, so it can be very devoted and fixed on what it focuses on as being worthwhile.  Scorpio swamsha is a person who is working on their vulnerabilities essentially. They are without a doubt going to face more emotional issues that bring up their vulnerable places because they are meant to battle through those issues.  They often have difficult issues come up in the early family life, or a separation from the mother of some sort is also common.  Or the Mother of the native may be there but less comforting than the average mother, etc.  They have to learn to fight so much harder for everything that they get than the average individual, and this can lead to both positive and negative extremes.  Paramahansa Yogananda is a very positive example of taking this energy and the death of his Mother in his early life to galvanize him to seek the Divine Mother with great ardor.  Adolf Hitler is another example of a swamsha in scorpio, on the other more negative end of the spectrum.  He suffered in a household where his Father abused his Mother and there was nothing he was able to do about it, likely leading him to have a hateful approach towards life in general.  If the rest of the chart also supports it, these swamshas can make great spiritual progress in life, or can have a life that involves the occult or hidden side of life somehow.  I have noted that two of the greatest Astrologers I have found in my life are Scorpio Swamshas.  They seem to have learned to better deal with the troubles of life from their understanding of the somewhat hidden forces in life, such as the planets.

Sagittarius:  Sagittarius swamsha, when aspected by malefics, is actually a sign of accidents and falls from heights.  This was surprising to me, when I learned this.  Most people paint Sag as this really lucky and joyful sign, and if not blemished than that often is the case. Sagittarius is the sign of the bowman, the archer.  It symbolizes seeing the goal and pursuing it.  But if there are malefics aspecting (rasi aspecting, we are talking about here) then the Bowman misses his mark, essentially.  If all benefic planets are associated with Sagittarius then the person is likely to find grace from accidents and such, but this is rarely the case.  In that case, the person may even work around accidents but still end up being okay for the most part, such as being a fireman or something of that sort.  If cruel planets are aspecting, these people need to be cautioned to be more realistic with their goals and not expect things to work out easily on the first try.  This can often be the case too, because Sagittarius is a sign of being overly optimistic; overconfident.

Capricorn:  Capricorn is a very fascinating swamsha.  It can make one involved in aquatic animals, particularly crocodiles and alligators.  Capricorn itself is the sign of crocodiles and all aquatic beasts.  Capricorn swamsha also makes “villages”, as Jaimini puts it, an important karmic factor. Sometimes these people always feel like they have to leave the home town or village that they grew up in to make it in the world and be successful.  Often they are right as well.  This is because Capricorn is about as far away as it gets from the signs of royalty and success, the prime real estate of the zodiac.  That would be Cancer and Leo, the signs of the King and Queen; the summertime when all is plentiful.  Capricorn is opposite of those signs and rasi drishtis them (dhristi is the word for aspect in Jyotish, literally meaning “sight” or “glance”.  This means that Capricorn literally “sees” the Leo rasi), wishing it could have what they seem to have.  This is also part of why Capricorn is a very driven and ambitious sign.  They often dont feel very supported in their home towns and therefore move away.  Capricorn is also a sign of tumors, and cancer is more likely to be the thing to take out this person, so they need to get themselves checked out more regularly for that sort of thing as they age.  Capricorn is also a sign of Kapha, and stagnation, like the swamps and alligators and crocs that it also rules.  Jaimini also states for capricorn swamsha, “Things flying in the air”, which is very mysterious and intriguing.  One interesting thing is I have noticed people who are pilots or involved in flying to often be having planets in the 10th house of their chart, like the 10th sign Capricorn.  I also find Gemini coming up a lot for pilots, but havent done enough research on this to be sure.  We may speculate and say that Capricorn would be the sign of flying in planes, and perhaps even UFOs would fall under this sign.

Aquarius:  Aquarius is the swamsha of the “maker of tanks and ponds” according to Jaimini.  Which is to say that one is involved in providing resources that make life more bearable for everyone.  Everyone needs water and to help provide a source of water is to be a real humanitarian, which is what Aquarius is, essentially.  This water is also symbolic of psychological wholeness, which is the true goal of Aquarius, to become whole in oneself, and accept and make peace with all of one’s weaknesses and shortcomings, and just be okay with them and love oneself anyway.  This is why Aquarius may seem so odd or weird. It is because they are learning to stop doing things to compensate for their inner lack, and instead to just be there with the lack…..and eventually it goes away, but it might seem weird to other people passing by in the meantime.  This probably has to do with why they get stereotyped in western astrology as being without charm and aloof.  Sometimes Aquarius people will be social workers or people who do a lot of service of some kind, other times they may do more of a pyschological service for people, and sometimes they may actually work around water and provide it in a literal way as well.

Pisces:  Pisces swamsha, as the last sign of the zodiac, is the most spiritual sign and the sign of “Kaivalya” or liberation of consciousness, according to Jaimini.  He also says of it, “perpetual dharma”, and seems to convey that Pisces is a sign of steady spiritual progress throughout the life of the native.  As long as the rest of the chart points mostly in that direction I do find this to be true, but you will also find many cases of Pisces swamshas that live a very negative life and are most definitely not progressing spiritually as well so that is not always the case.  Edgar Cayce is an interesting example of a Pisces swamsha, and I hope to do an article on his chart soon.  Robin Williams is another example, someone who is most definitely a sensitive soul with spiritual inclinations, but the rest of his chart had many difficult karmas indicated, and so he often could not bear the pain of life on earth and needed to escape or find liberation through more immediate means such as drugs.  That is a more mixed example, which is often the case.  We could say that this placement makes the person more sattvic and naturally inspired, within the context of the rest of the chart.  Roy Eugene Davis, the last living direct disciple of Paramahansa Yogananda, is another example of a positive pisces swamsha.  He has written many books and lectured on Self Realization for over 50 years and in countless countries, and is noticeably more realized than the average spiritual author/public figure.

These twelve swamshas are very important signs for the individual, and one will also note that the sign the atmakaraka goes to in the rashi chart will also have some of these significations as well, but not as much as the navamsa chart.  For example, Robin Williams is a pisces swamsha, but has scorpio as a rising sign, so this reinforces more of the difficult emotional struggles and battles that he would face on his path in life.  Say it was a cancer rising, and no tough aspects from Sun, Saturn, or Rahu, then he may not have had such a painful life and perhaps could have enjoyed more of the positive Pisces qualities in life.

The planet that is falling in the swamsha determines a great more of it, but this is one important part of the puzzle of what ones dharma will involve in this life. With some careful study and application on charts, one should begin to see some clear correlations of the charts examined and the associations described above.