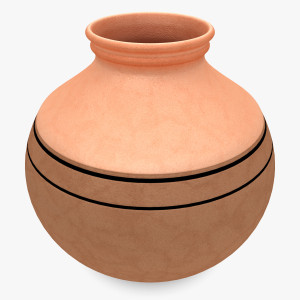 A new study on Astrology came out in May of 2015 that indicates more celebrities to be born in the time of year from December to March.  It particularly noted Aquarius to be the most likely, followed by Pisces.  The study was done by Dr. Mark Hamilton from the University of Connecticut.  It was published in the journal, Comprehensive Psychology.  The research was only conducted on 300 people, which is not enough people in my opinion.  The work was of course criticized voraciously just by the virtue of it being a study that could possibly validate Astrology.  One thing was hard to ignore however, a very obvious fact that the researchers just did not seem to be informed about.  They did not seem to be aware of the fact that Aquarius is considered the sign of “Influential People”, and celebrities, as a whole.  It seemed baffling to me that no one made this point in any of the articles that I found about this research online, and seems to point again to the sad fact that most people who criticize astrology simply have not researched it enough for themselves.  They simply do not know anything about the signs or what it all means themselves, and so would not know what to look for even when they find it.  This research is an example.  Read on to see more elaboration on the connection between Aquarius and celebrities:

To begin with, Aquarius is the 11th sign, and the last air sign.  The Air signs relate to our desires, to kama, in sanskrit.  The 11th sign is the last sign of our desires therefore, and is where we gain our desires, essentially.  This is why the 11th house (which has similar qualities to the 11th sign, Aquarius) is the house of gains.  This is a fundamental rule of jyotish practice.  All planets are good in the 11th.  And in a very similar way, celebrities are usually associated with the gain of some desire.  We project our desires on them, sometimes even to a degree of idolatry. This only happens because we somehow relate them to the fulfillment of a strong desire within us.

Aquarius, and also the 11th house, is associated with our dreams.  Not the dreams we have when we are sleeping, which is the 12th house, or 12th sign Pisces.  The 11th sign and house is our conscious dreams that we aspire to realize.  For example, if one has Venus or Jupiter (gentle, lucky and fortunate planets) aspecting on the 11th house, or to the 11th sign Aquarius, that is one indication for a greater likelihood that this person will achieve something very important that they dreamed about doing at some point in their life.  Thats essentially what most celebrities are, people who actually DID the thing that they dreamed about, or at least got closer to their dream then the average person.  So in astrological terms, most celebrities are people who have a strong 11th house.

Aquarius is a sign of humanitarians, and it is funny how celebrities are always getting involved in all kinds of humanitarian activities.  It has even become a sort of stereotype about the ultra rich and famous types like Oprah Winfrey and Angelina Jolie.  This makes sense when we remember that Aquarius is ruled by Saturn, the planet of service and Karma Yoga.  Aquarius individuals often have a strong sense of emptiness or lack within themselves, and so they often try to do things to improve the quality of life for all concerned, as some small way to remedy the situation at least for others.  This is why Aquarius is the “water bearer”, and the “maker of tanks and ponds” according to Jaimini.  Providing water is perhaps the most basic need that all humans have, so Aquarius is just about trying to relieve the burdens of life on Earth, thus humanitarian activity.

This leads to another important point about Aquarius, the emptiness within the water pot. (Read more about this, here.)  Having an Aquarius sun sign means automatically that the individual’s Sun is “starved” by Saturn, its enemy.  This is the defining mark of an Aquarius, the tendency to feel and act off the feeling that no matter what they do in life and with themselves and in the world, they still don’t feel very good about themselves.  The Aquarius person just suffers from low self esteem. Period.  I refuse to sugar coat this like so many astrologers do.  This is because the Sun represents our deep down soul nature, and Saturn our lack.  When the Sun gets starved by Saturn one tries and tries to find some action (Sun) that will rid them of the low self esteem (Saturn). It varies in strength depending on the chart in question, but it is often quite difficult to deal with, and usually just takes time and acceptance, which Saturn rules.  As time goes on we naturally mature and accept ourselves and move past the low self esteem feelings.

Whats interesting is that this psychological issue is seen quite evidently in the lives of celebrities.  How often do celebrities have breakdowns or turn out to do things that indicate an incredibly low sense of self esteem, which surprises us?  It happens quite often, go read a tabloid or trashy news website if you do not believe me.  Celebrities are often depressed and getting addicted to drugs or other vices, and these are both natural tendencies that the Aquarius individual struggles with, as they try to fill the symbolic emptiness within their water pot.  Thats why the old Indian books relate Aquarius as the most likely sign to be a drunkard or a sexual deviant of some kind.  We certainly see similar trends with celebrities in our modern culture.

So while there are many types of celebrities, and certainly many astrological configurations that could produce them as such, the Aquarius sun-sign celebrity is actually not likely going to be any happier with themselves after becoming a successful celebrity.  Aquarius is described as cold and not very charming or fun to talk to, and celebrities are often surprisingly rude and cold people.  Otherwise why would we make it such a big deal when one of them is not rude to us?  We are always like “Oh he was so cool to me”.  Why shouldn’t he have been? Everyone else is.  But the Aquarius isn’t, because their self esteem is starved by Saturn.  This noticeable trait has become a part of our common conceptions about celebrities.

From the viewpoint of Astrology, the Aquarian or Celebrity individual will actually have to go the opposite direction they usually have been going and become their most natural selves. They have to start doing what they love and stop doing what they think they should do, or what they do to compensate for who they think they need to be.  They have to start accepting themselves and their low self esteem and make peace with it, instead of constantly trying to ignore or forget it, or do something to compensate for it.  This is very hard to do, and usually we dont even start to notice the need for this type of psychological maturation until after our first Saturn return, by around the age of 30, give or take a year or two.  Theres more to it then that, but this help should clarify this point a little bit more, and help us see the logic as to why there might be more celebrities born in the time of Aquarius.