THE INFLUENCE OF ASTROLOGY ON THE COMMON ENGLISH LANGUAGE

There are deep astrological roots behind the etymology of many of our commonly used English words.  It is a funny thing how a word can originate and also how it can evolve.  Take for example, how the word “cool” can mean something colder, or just something likable, which may even be hot in temperature.  Quite a few of our common English words have origins or connections to Astrology, and I think this would be even more noticeably the case if the study of the heavenly bodies had been more tolerated during the rise of Christianity. 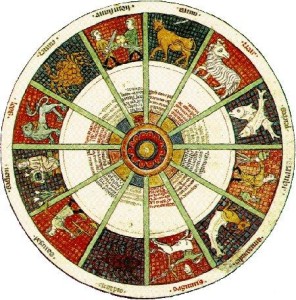 The skilled and competent Astrologers were some of the more knowledgeable people of their day in medieval Europe and Renaissance times, as well as in other cultures and other times.  Its important to remember that in order to erect horoscopes before the time of computers, you had to have a great deal of mathematical skill and knowledge that simply would not be known, much less comprehended by the common man.  Do you remember all that sign, co-sign and tangent stuff that had to be done in geometry class in high school to calculate arcs? What was the point of that?  There really would be no point of learning that type of mathematical skill in the old days unless you were trying to make astronomical calculations dealing with calculating the arcs of planets, signs, and houses.  And at this time astronomy and astrology were much more the same science, done by the same people.  Add to this that to be skilled at the interpretation of a chart, you not only would have to be mathematically skilled, but would have to be also somewhat intuitive and quite subtle in your thinking.  Hence, an astrologer is one who is naturally using both the right and left hemispheres of the brain, and using them together, and therefore someone who is developing their consciousness very actively.  The study of astrology itself is of far greater value than an individual horoscope reading because of this reason.  This is why it makes sense that the astrological community would have such an influence on the development of the English language, as not everyone was able to write, back in the olden days, and often it was only the educated folk that had this privilege.  Many of these educated folk were astrological enthusiasts or were quite curious about the whole idea…There was no television or netflix back in those days.  The myths and stories of the gods and goddesses were beautifully intertwined with the studied observations of the heavens, and this was and still can be a far more gratifying form of storytelling in my opinion. 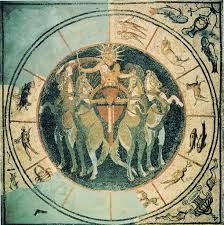 Much of the great European scientists of the past were also practicing Astrologers, such as the obvious Johannes Kepler, a key figure in the scientific revolution who developed the first astronomical telescope and proved Copernicus’s theory of the planets revolving around the Sun.  Kepler actually did do astrological readings for people professionally, and also had many interesting theories about the connection of weather to astrology.  But this is often not mentioned in history books.  Skeptics of astrology have even gone so far as to say that Kepler faked his astrology practice in an attempt to satisfy people when he needed to make money.  It seems strange that people who respect this man would rather themselves believe that he was a con artist than a believer in astrology!

Kepler paved the way for Isaac Newton’s theory of universal gravitation.  Newton was also an astrologer and an occultist, once being quoted in defense of astrology to Edmund Halley (another astronomer whom Halley’s comet is named after) saying “I have studied the matter.  You sir, have not. ”

Galileo, the man called the “father of modern science” and “father of modern physics”, was also an astrologer, and further improved the Telescope, and also discovered the moons of Jupiter, as well as many other achievements.

Then when we look at the roots of European literature itself, the many plays of Shakespeare are full of astrological references, the most notable would probably be the term “star-crossed lovers”, from Romeo and Juliet, indicating lovers whose karmic conditions were not in harmony to produce an ideal relationship.  Hence, their “Stars” were “crossed”.  Also the character Mercutio should sound familiar, as he was not a capulet or romulet, and so moved freely from house to house (like the most mixed and dual planet his name is taken from).  And lets not forget the famous warning that Caesar was given by the Astrologer to “beware the ides (middle) of March”.  There are dozens and dozens of other astrological references in the plays of Shakespeare, and also in the The Canterbury Tales  by Jeffrey Chaucer, both of which are actually a bit older than the renaissance time.  These writings are classics of European society, and because of this they are very telling of what the intellectual community was interested in at the time.  And language is such a funny thing, it adapts over time and changes so easily.  Perhaps that is why the planet which rules speech and language, Mercury, is the most changeable and mixed planet.  Mercury is also the name for a metal that is liquid at room temperature, and thus very changeable which is quite odd in the context of metals.

With all this in mind, I decided to put together a list of common English words that have origins that come from various cultures or other languages, but are astrological in nature, to help elucidate the point that astrology was so much a part of life to humans that it still can be seen in our speech.  We should not be so quick to discredit astrology in our dawning scientific age, but remember that this was one of the original sciences and its influence has likely survived for a good reason.

I am no expert on linguistics or etymology, so I am unable to provide the source of many of these connections.  Some of these I have read of, some I have thought of myself, and others I have been told by friends.  Feel free to add any other astrological word connections you have noticed in the comments section below.

another interesting one:  consider- most likely from Latin con (“with”) and sider (“stars”), meaning “to consult the stars”.  Originally this term meant only “to examine”.  This implies how closely connected astrology was to important considerations of antiquity.